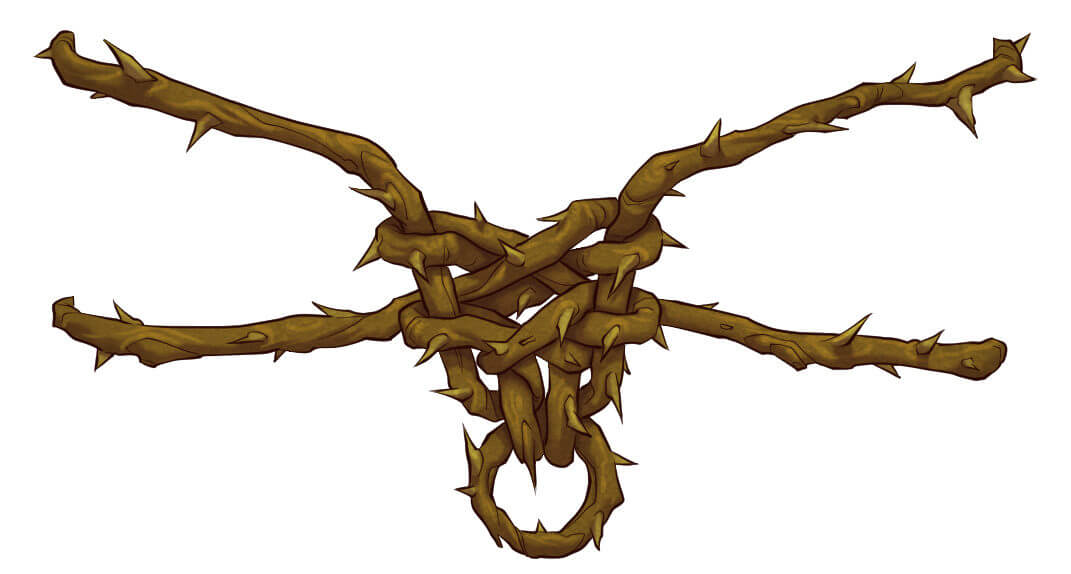 The Eyrewood’s deep and ever-changing,
Mind the Weaver when you’re ranging.
When you’re lost, no place to hide,
Thorns ’round birch invoke your guide.

Begin with the bend in the middle of the road. 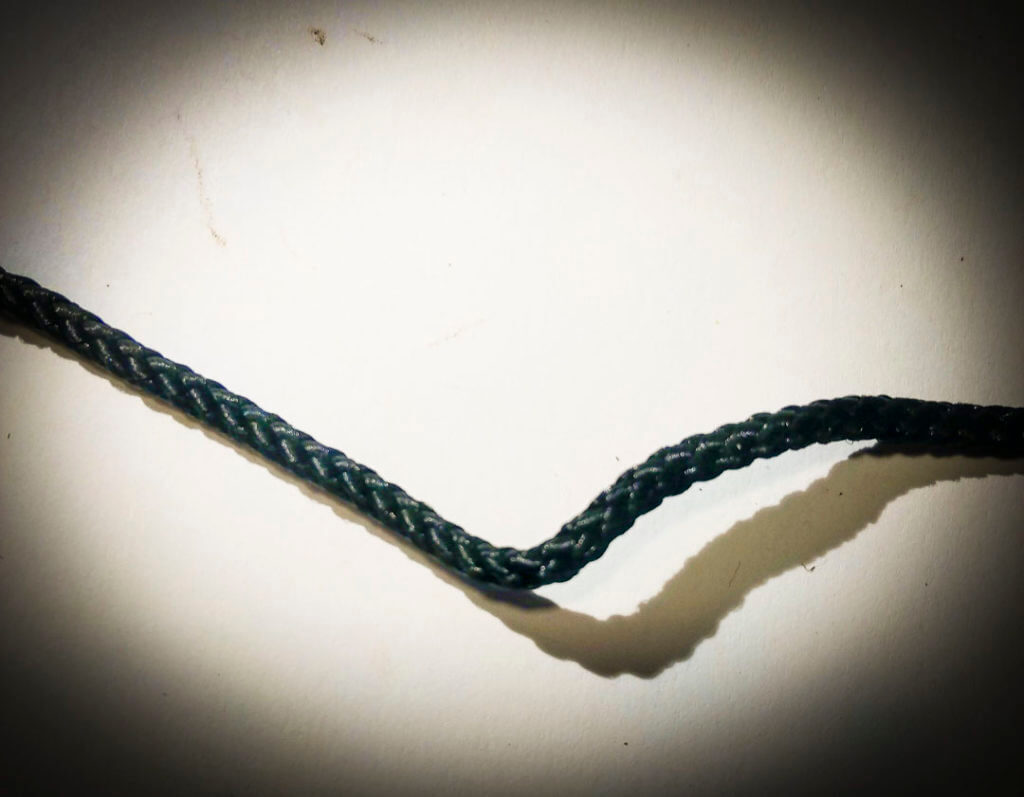 Catch the middle of a thread around the top of the spinning wheel.

Wind the thread around once.

Tie off your thread.

And pull the thread tight. Now you have threads left and right.

The left thread goes under the right road.

And returns to cross under itself.

Take hold the other thread, and as you did with the first, bring it beneath the left road, and back to cross under itself.

Still holding the other thread, weave it around the right road this time. Under the road, and then crossing back under itself. But this time, let the tail of the other thread lay with the left road.

Grasp the first thread again, and weave it round the left road. First under the road, then under itself.

Still holding the first thread, weave it over, then under, then through so that it may reflect the shape of the left side.

You have now spun a heart in the middle of your road. This heart will guide you out of the circling path.