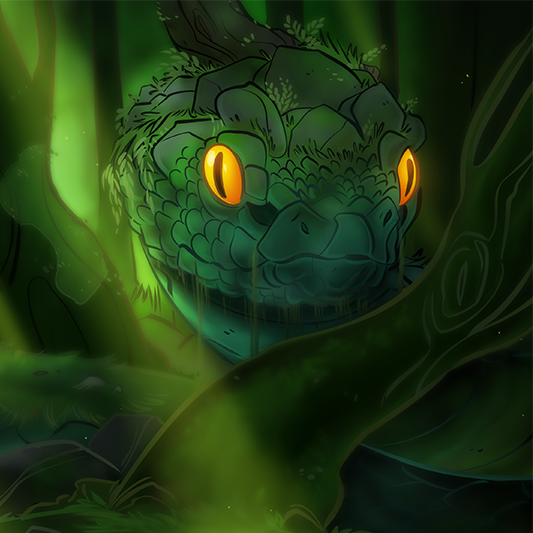 We have received another message from these beings that somehow live outside the Eyrewood. They believe they can allow you to create and change this place as we do. We shall see if their words hold truth.

Hey gang, Trevor from Lone Shark Games here. When we started the Eyrewood Adventures site, we wanted fans of Thornwatch, Lookouts, Daughters, and all things Eyrewood to be able to come and share their stories and creations. And you haven’t disappointed! We’ve seen so much cool art, cosplay, stories and poems since we opened this up for everyone. One of the things we wanted to encourage was creating your own storyboards that people could use and play in Thornwatch, but we just didn’t have an easy way for people to do that. Well we do now.

If you click on this link, it will take you to the form for submitting content to us. Once you’re on that form, fill out the info until you get to “What kind of content are you submitting today?” Click on that drop-down and choose “Storyboard.” Once you do that, you’ll see a whole bunch of new fields pop for you to describe and submit your storyboard. Before we get into the specifics of that, let’s take a look at a story I created using the system so you can see what your storyboard will look like once we share it back to the site.

This is what the front of the outside of the storyboard looks like. If you remember the storyboards, they have an inside and an outside and you fold it to make a little table tent so players can all see the side with the rules on it as well as the comic intro. This is that outside front. In this storyboard, I wanted to have an adventure that involved a river and saving villagers from being swept away. And since this is the Eyrewood of course there are monsters! In this case, driven.

All the text you see here are things you’ll fill out in the first part of the form. The title: The Fall. The three different comic boxes on the form are those three yellow boxes that staircase out from the images on the left. You can let us know what images you’d like us to use for the comic, and we’ll do our best to grab something from our selection that works for your story. Next, the form will ask you for the rules of your storyboard. You’ll also need to provide information for how the scene ends, including a sentence on how the Thornwatch succeed/win or fail/lose. All of that will show up in that parchment box on the right once we display it on the site.

Here we have the success and failure side of the storyboard, what I’m going to call the back of the outside. On the form, there are boxes for success and failure. You’ll write the stories you want the players to read once they finish the storyboard here, one for success and one for failure. Once we get it all set up and back on the site, it will look similar to what I have above. We don’t have an option or template for branching stories yet, but if you all like this we’ll see what we can do about adding that as an option later.

Now lets take a look at the inside of the storyboard. Here’s where the players find the rules for setup and the intro story that they can read to the table before starting the adventure. When submitting your storyboard to us, the story that you see here will go in the field just after the question “What is your scene introduction flavor text?”

Next up we have Setup and Types and Pieces. Here’s where you give the setup rules and the tokens and cards needed to run the story. Both of these sections have fields in the submission form that you’ll need to fill out. Since we’re letting you build your own stories using tokens and cards meant for stories printed in Thornwatch, you may have to get a little creative with which pieces you want to use (like I did with the “Villagers” in this story). Just let us know what want to do here and we’ll do our best to replicate the story you’re trying to make.

The last step we need is for you to take a picture of the tile setup you’d like us to use and attach that to the submission. We’ll use that to build up the board image to include in setup. You can wrap things up by telling us anything else we might need to know in the final submission box.

After that, check all the content and legal boxes as usual, then submit away! I’ll be going through the submissions regularly and working to get your submitted Thornwatch storyboards up on the site as often as I can. We’re looking forward to seeing what kind of adventures you can bring to the Eyrewood!

If you’re still reading this, I just wanted to give you a bit more information about the storyboard in this article. First off, you can get the pdf of the storyboard here if you’re looking to run it. I put this together to show off the template we’re using for storyboard submissions, and it took me about an hour or two to get it figured out and the basics written up. Then I playtested it once with the Lone Shark crew, which took about an hour, and made a few changes based on their feedback.

I wanted a story that was more of a chase than a combat focused scenario, and the mechanic of the Villagers moving constantly down the river achieved that. I used tokens and cards that I felt represented the Villagers as best as I could, since there’s only one Villager card in the box. You should feel free to use whatever tokens/cards you like for that purpose if you’re playing this story.

Once I had the rules worked out with the people who actually know how to make games, I wrote my story up around that and grabbed a couple pieces of art that had rain and a river-like image in them. And that’s how we got “The Fall.”

This storyboard can be used as a standalone or a branch to an ongoing story you’re already running. I’d like to have templates for people to submit branching stories in the future, but we’ll have to see how this goes first. Hope you enjoy it and it inspires you to make your own storyboards!