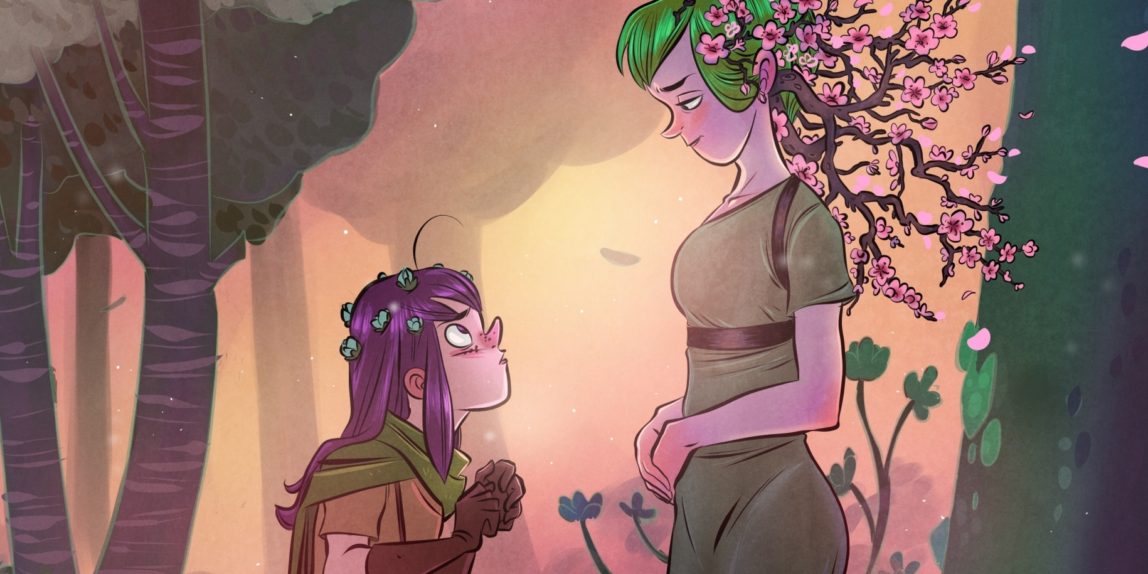 A History of the Daughters

They are the ebb, we are the flow

Onward toward the Glensong you go

This night the young traverse the wood

Unto the Eldest strong and good

Daughters come to us ere day

Cassie woke to the moonlight rippling over the trees in purple waves and a faint hum lingering in the air. Birch was standing, looking out into the wood, head cocked to the right, listening. He turned gravely toward her and softly rumbled, “It is Glensong.”

Her eyebrow arched over her eye. She heard no song. Her eyes widened. She heard nothing at all. The forest was silent.

Birch bowed his head respectfully and motioned towards the center of the Eyrewood. “It is there Daughter. All hear it. I watch tonight. Go.”

She wound through the forest, slow at first then faster. The whispered hum grew into a faint melody echoed through the woods around her, drawing her closer to the center of the wood, far from her territory.

As the melody grew louder she began to see shadows of movement flickering in the woods, all headed deeper. She paused, cautious, then realized. All of the shadows were her Sisters. They were being summoned.

The journey was a silent one, all of the Daughters caught up in their own wonder at being called together. There were furtive glances at convergences, weighing the worth of Daughter against Daughter, but no one broke the eerie quiet.

The Glen was deep within the forest, untouched by the Ebb. Cassie reached it and gasped, her attention immediately pulled in the midst of a copse of young trees to an aspen. She strode forward, other Daughters forgotten, and gently ran her hand down the cool white bark gleaming in the moonlight.

Thou art my sister. Cassandra of the Aspens. The Eldest welcome you to Glensong. Commune with us, whose roots run deep. We who have sang you to the woods. Commune with your legged Sisters, who are wise in the wood. They have seen what you have not. We are the Family. We are yours.