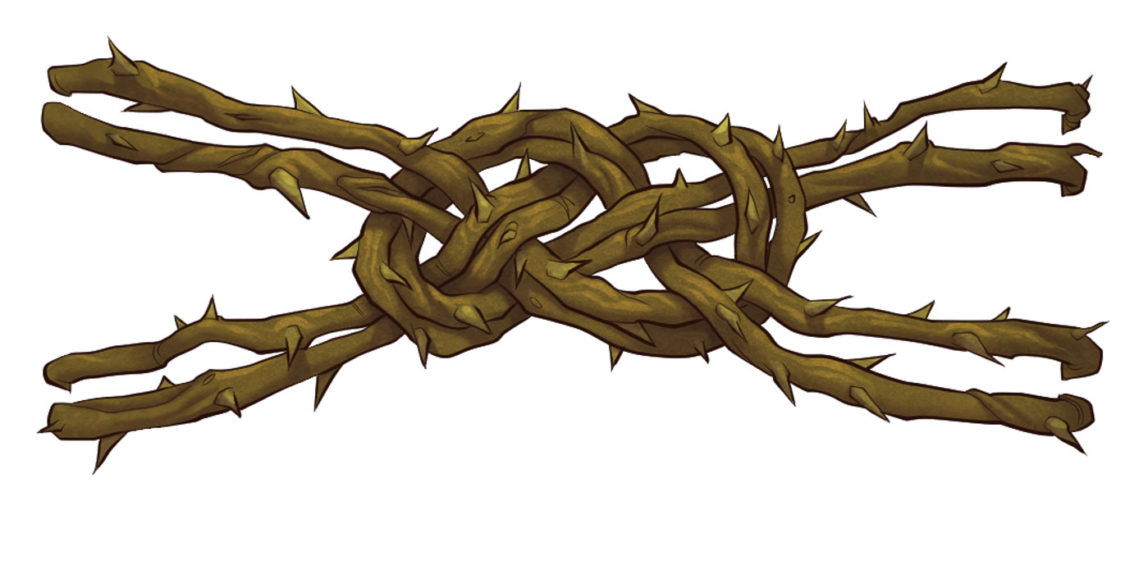 by Liz Spain, Thornwatch Developer
illustration by Aviv Or

Two winding paths cross, binding together to form an infinite shape. The Wagon-Wise knot symbolizes the determination of the traveler who is seeking a place of stability. It’s also one of the easiest knots to tie. It can be a bit slippery, though, so cording that is a bit rough works well. Suede, hemp, or cotton cording can be found at craft stores, usually with the jewelry-making supplies. If you choose something nice and thick, it’ll show off the doubled-up look of this knot nicely.

Your Wagon-Wise Knot is complete! The four legs of the knot give you a bunch of freedom to wear it a bunch of different ways. You could simply tie the end around your wrist like I have here. 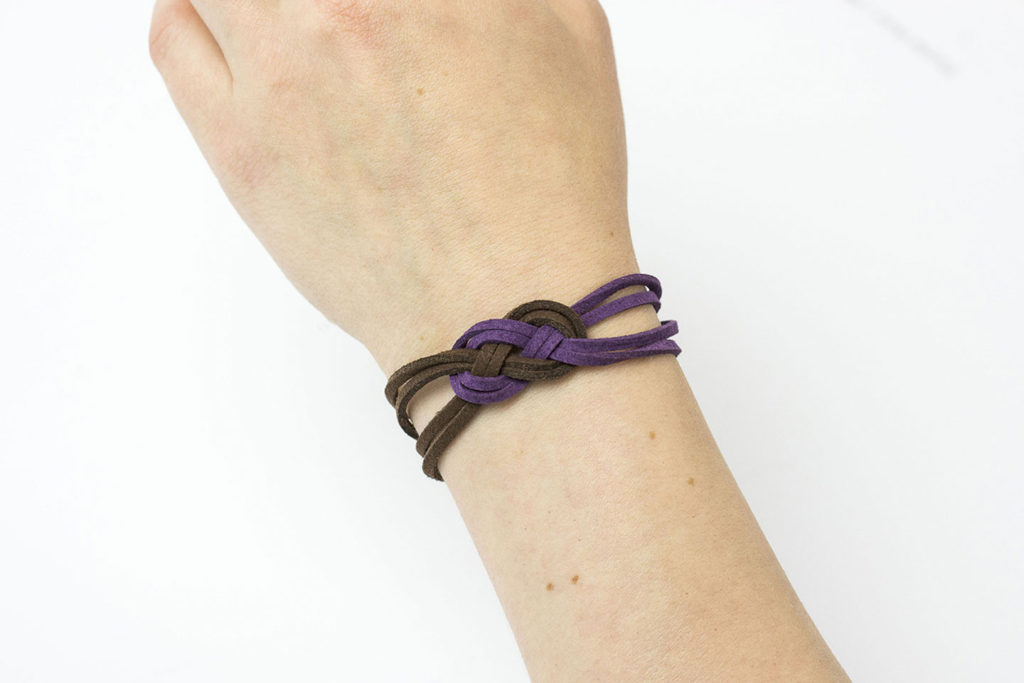 Or, experiment with weaving the ends into different macramé knots. Get creative! I made myself a badge to hang from my belt or pouch strap. 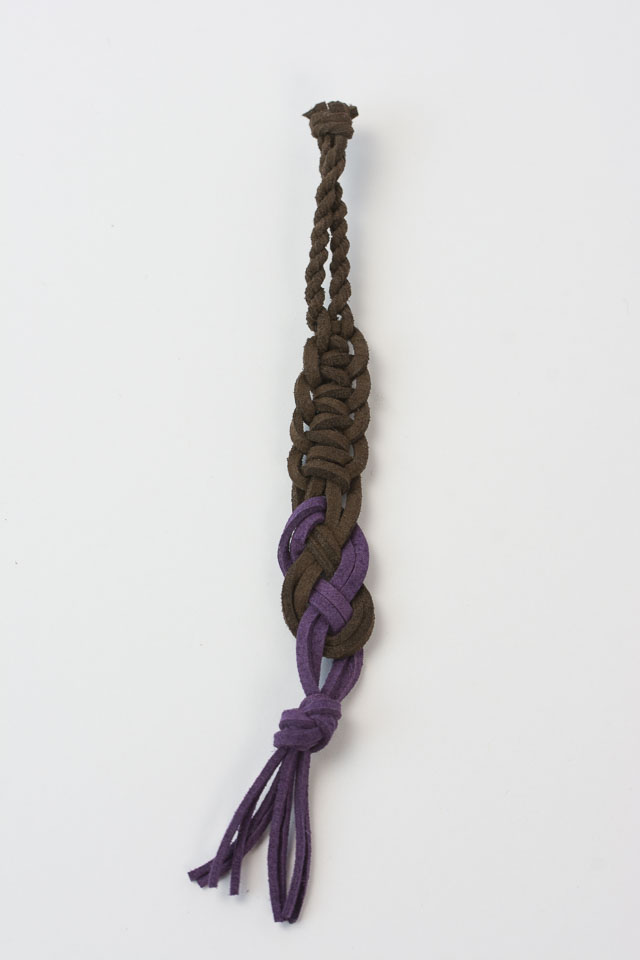